Even for those well-versed in sake, the concepts surrounding aged sake can be hard to understand. Inishie Sake Store cuts through the confusing terminology and even lets you sample some finely-aged brands. 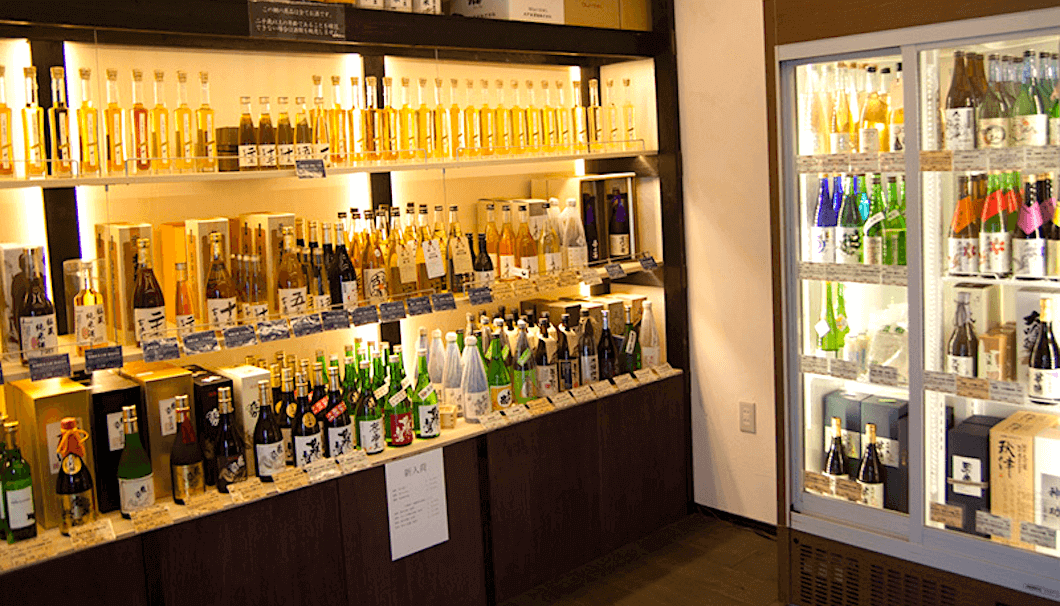 The concept of “aged sake” is rather ambiguous though, with different kinds being labeled as “koshu” (aged sake) and “jukusei sake” (matured sake). There isn’t a clearly universal distinction between the two, but Inishie went ahead and made one themselves: Koshu is sake that has been aged to the point where its taste has completely changed from its original flavor. Jukusei sake maintains much of the sake’s original flavor, with quality accentuated by the aging process.

It’s a nice little tidbit of info that can be used to impress others at any sake-serving function, and goes to show that souvenirs don’t always have to be throwaway trinkets.

The Location
Inishie is located in Suginami Ward a little to the west of the downtown area of Shinjuku, so it might appear a little more residential with a bit more green space. It’s a good place to visit during the traditional Japanese holiday of Tanabata, in July, when scores of large and colorful decorations adorn the Pearl Center shopping street in the Asagaya neighborhood.

Suginami is also home to many animation studios and the Suginami Animation Museum where visitors can learn about the history of Japanese anime with screenings and English language information.